SCA’s very own Delia Muñoz recently had the very distinct honor of representing her community in a very unique way on March 19. For the past 18+ years, Delia has been working with members of Flagstaff’s Southside community. She has been recording the stories of individuals who contributed in previously-undocumented ways to the history of Flagstaff’s Hispanic and African-American communities. You can learn more about her valuable work by reading an earlier blog post about the Los Recuerdos del Barrio en Flagstaff project here. 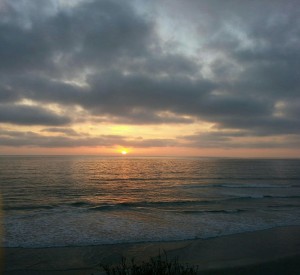 Delia was asked to present on the history of the Southside community through the lens of Flagstaff’s Our Lady of Guadalupe Church (OLGC – now Chapel) at the recent SOHA conference in California. Our Lady of Guadalupe Church served as a critical space where several disparate communities could find commonality with one another through shared faith. Presenting alongside fellow Flagstaff oral historian Duffie Westheimer and Texas instructor Ana Valeen Satterfield, Delia’s presentation was a valuable juxtaposition to Duffie’s; Westheimer’s work has focused on the history of Flagstaff’s historic Townsite district – an overwhelmingly Caucasian/Euro-American community with an entirely different perspective on the early development of Flagstaff. Satterfield, a Hispanic woman, has been working on implementing a culturally-relevant lexicon for derogatory terminology using her students to identify more appropriate wording to describe their cultural heritage. All three presenters touched on issues of marginalization affecting members of their community. Below are some of the highlights Delia presented on.

Our Lady of Guadalupe Church

Our Lady of Guadalupe Church (OLGC) was built in 1926 as a result of cultural and linguistic differences that existed in Flagstaff at the time. Using funds that he had accumulated in his pursuit to build a new church, Reverend Edward Albouy drew up blueprints for a space that would serve (mainly) the Spanish speaking Roman Catholics. Pay deductions from sawmill employees also helped to support construction; most sawmill workers were Spanish speaking Roman Catholics. The early settlers—both men and women—were involved in raising funds, donating their time and labor.

OLGC’s connection with the community is one that weaves together the neighborhoods of the plaza nueva (New Town); plaza vieja (Old town); la loma (the hill); los Chantes (Chanty town); and Calveras (skulls) to become the place to worship, socialize and celebrate as one big family.

Presently, OLGC doesn’t serve the community with any Sunday Masses (about 1997). A rosary group that meet at the church every Sunday praying for a Mass.

Organizations associated with OLGC, such as a women’s group, Guadalupanas, and the men’s group, the Knights of Columbus, are active to this day. A local group, Nuestra Raices (our roots), devotes time and energy to the upkeep of the church. 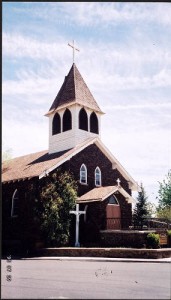