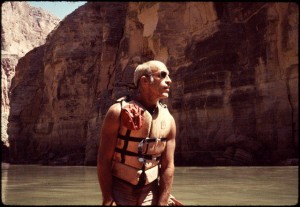 Special Collections and Archives would like to announce the acquisition of a new collection, the Fred B. Eiseman collection. Fred was a river runner in the1950s through early 1970s and primarily worked in the Grand Canyon and on the Colorado River.

Fred was born in the Midwest and first visited the Grand Canyon at the age of 11 in 1937 and saw the Colorado River on that trip. Seventeen years later he enjoyed his first river trip down the Colorado River. Fred became enamored with the Colorado River and was eventually recruited by Georgie White Clark to serve as a river guide. Fred and his wife, Margaret, worked for two river-running companies throughout their career – Georgie White Clark and her Royal River Rats and Mexican Hat with Gaylord Staveley. By 1970, Fred fell under the spell of the lightweight, shallow-draft dory and he and Margaret started running their own private trips using their own dories. 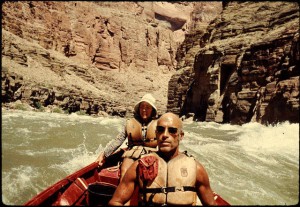 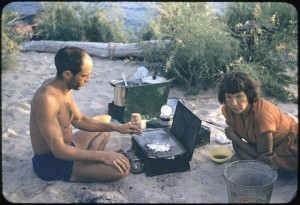 Fred was a rugged river runner, who seemed to be on a quest for the purest river running experience. He was initiated into river running with the large motorized rubber rafts favored by Georgie White Clark and then graduated to the more traditional cataract-style boat introduced by Norm Nevills and the Mexican Hat River Running company, and eventually was draw to the elegant and nimble dories used by Martin Litton and Grand Canyon Dories. While working for Mexican Hat, Fred was part of the Goldwater trip down the Colorado River. 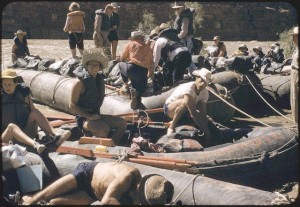 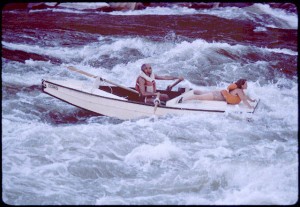 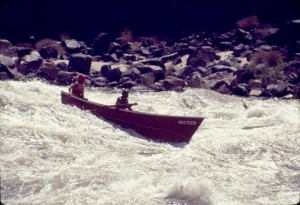 Running rivers was a summer job/respite for Fred and his wife, Margaret. From September to May, Fred taught high school science. He was a man of great erudition. He had master’s degrees in chemical engineering and education from Columbia University and taught earth science at Phoenix Country Day School.

Fred’s collection complements his wife Margaret’s. Margaret donated her slides to SCA in 2004. Many of the slides and prints from Margaret’s collection are available for viewing via our digital archives and capture their river running experiences. The images in this post are from his wife’s collection.

Fred was deeply affected by the increasing regulations and restrictions placed on private river trips down the Colorado River imposed by the National Park Service. He eventually left the river by the mid 1970s and spent increasing amounts of time in Bali, where he wrote several books about the history and culture of Bali. 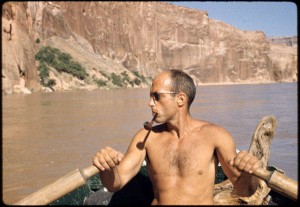