Today (2014), there are nearly 70 interviews that continue to expand our understanding of the families, communities, history, and culture of northern Arizona’s Mexican, Mexican American, Spanish, and Basque people. This project serves to not only document the rich culture of the region but also as a resource for others who wish to pursue similar endeavors. The project is indebted to the Arizona Humanities Council, who generously provided support at the project’s inception for transcription.

Interviews and narrators from the Los Recuerdos project will be shared periodically on the department blog. Below are some highlights from two narrators – Alejandro Vergara and Antonio Martinez – each of whom worked in the lumber industry in the region. 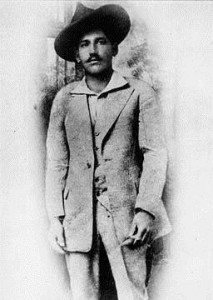 Alejandro Vergara (photo) came to Flagstaff in the early 1920s from Topia, Durango, Mexico. He was employed in the mines of San Ramon, Mexico until he journeyed to North American.  He logged in the Mt. Graham area in southeastern Arizona, were logs were sent to the lumber mill in the town of Pima by water sleuths. Later, as a lumberjack with the Arizona and Lumber and Timber Co., Alejandro lived at the logging camp at Mormon Lake with his family. 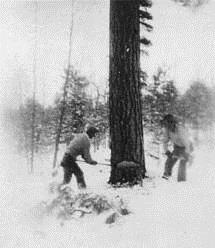 Above Alejandro and Hilario Esparza fell a tree with a crosscut saw. At the time, this was one of the most efficient means to fell trees. It was a difficult life as a lumberjack and also for the lumberjack’s family. Frequently Alejandro’s family, and the families of other lumberjacks, would be moved as the harvesting of lumber progressed throughout the season. 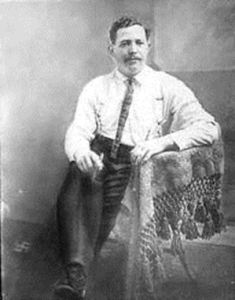 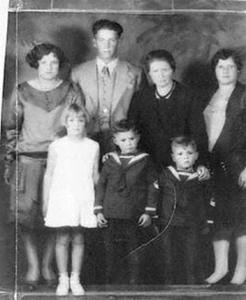 Antonio Martinez (photo above) came to northern Arizona in 1912 to work at a sawmill in Williams, Arizona from Spain. His Uncle Antonio Osle lived in Flagstaff and wrote to him, encouraging Antonio to relocate to the U.S. to make a better life for his family. Like many emigres, Antonio came to the United States by himself, made some money, and then sent for his wife, Margarita Osle Cubria, their three children – daughters, Margarita and Manuela, and son, Nino Martinez. Margarita and the children arrived at Ellis Island in December of 1920, only to be met with misfortune immediately upon their arrival; while watching her children, all her belongings were stolen. She waited for money to be wired to continue the trip to the Southwest by train. During his life in northern Arizona, Antonio found employment with the Perry Francis Sheep Co. and the Dolans at the Saginaw and Manistee Lumber Company.

The complete stories of Alejandro and Antonio, as well as the other interviews of the Los Recuerdos del Barrio en Flagstaff oral history project, are available on the Colorado Plateau Digital Archives (link). Los Recuerdos was the focus of Special Collections and Archives 2008 Reilly Internship and the online version of the exhibit is available here (link to exhibit). Los Recuerdos is an active oral history project and interviews are collected regularly; contact Special Collections and Archives for additional information or if you would like to share the name of a potential narrator (email address).