Hello and Happy Canada Day! My name is Jonathan Pringle and I am Curator of Visual Materials for Cline Library’s Special Collections and Archives (SCA) department. I myself am Canadian, having moved here in 2008 to pursue an opportunity at the Museum of Northern Arizona. Since 2011, I’ve been a member of the SCA team and have enjoyed collaborating with all sorts of people and institutions in an effort to jointly address topics of concern to the archival community and the population we serve/represent. 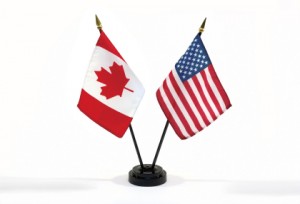 One of our highest priority responsibilities in SCA is the respectful management of archival materials created by and about Native American people. In April 2006, a group of nineteen Native American and non-Native American archivists, librarians, museum curators, historians, and anthropologists gathered at Northern Arizona University’s Cline Library, Special Collections and Archives to discuss effective methods of providing responsible preservation of—and access to—these materials in non-Native repositories. This meeting resulted in the release of the Protocols for Native American Archival Materials (available for download here) in 2006. Since 2006, SCA has endorsed and adopted several recommendations in the Protocols. 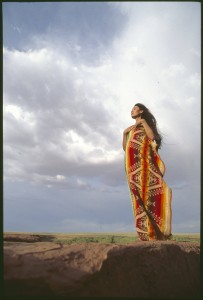 I was recently given the opportunity to attend (and present at) the Association of Canadian Archivists’ (ACA) annual meeting (June 26-28) in Victoria, British Columbia. In a session titled Looking Toward the Future: Aboriginal Archives in Canada and the United States, I presented on SCA’s experiences with the Protocols and demonstrated to attendees how NAU–through this document–has shown success with bridging the gap between archival professional ethics and cultural sensitivity. Also presented on was ACA’s Aboriginal Archives Guide, a 2007 document that was published to assist in the development of autonomous community-based First Nations/Metis/Inuit archives. I was humbled to have been given the opportunity to present alongside Canadian and American colleagues–both Indigenous and Non-Indigenous–from diverse backgrounds who happen to share similar challenges. A copy of my presentation slides are available here – ACA2014. I hope that future collaboration with ACA and other professional organizations result in increased international education, awareness, and programmatic enhancement opportunities related to this important topic. 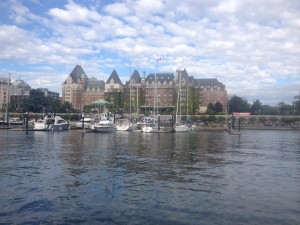 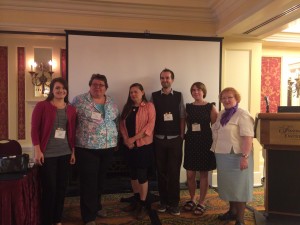 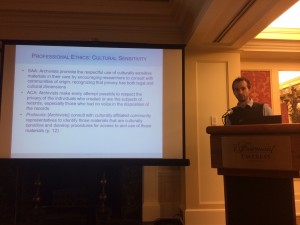