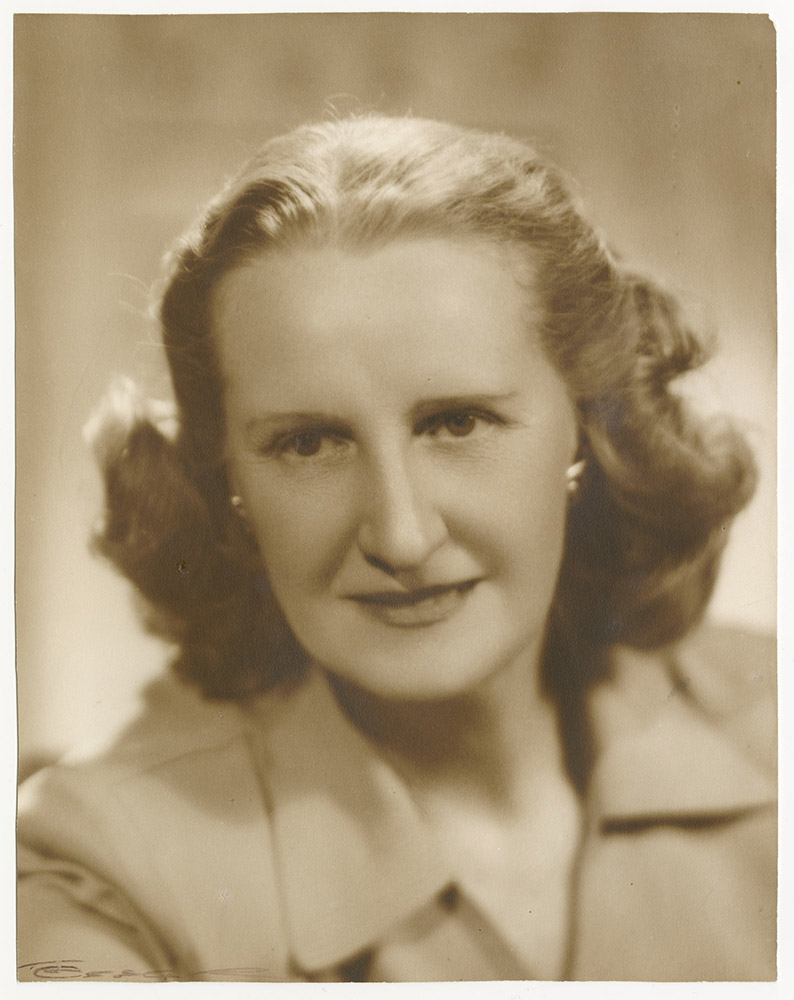 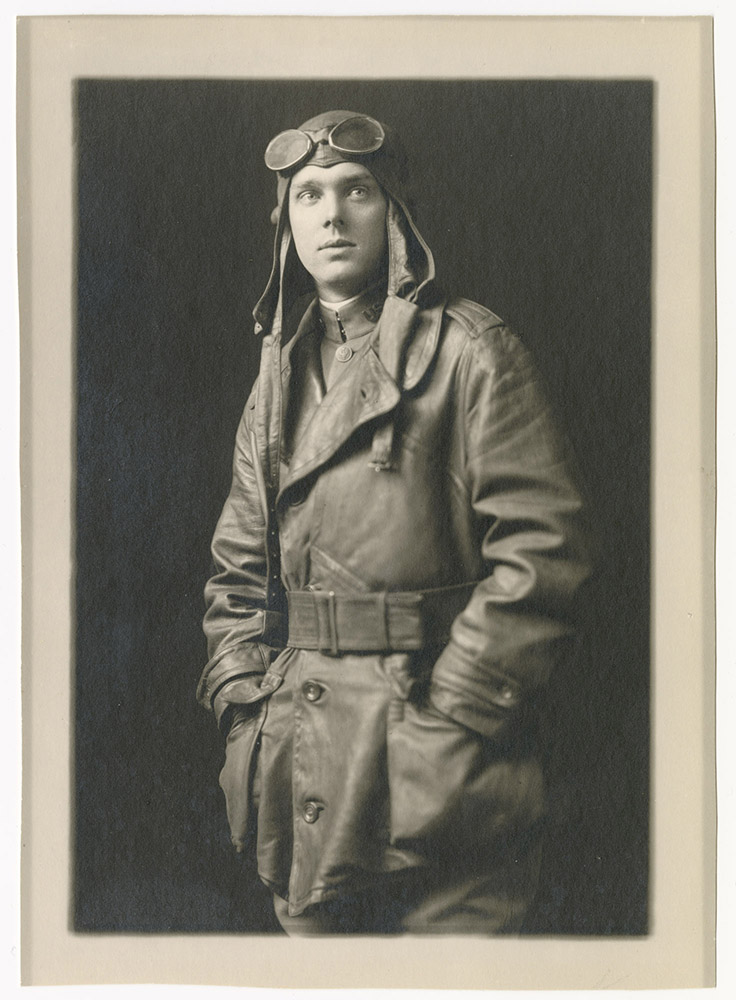 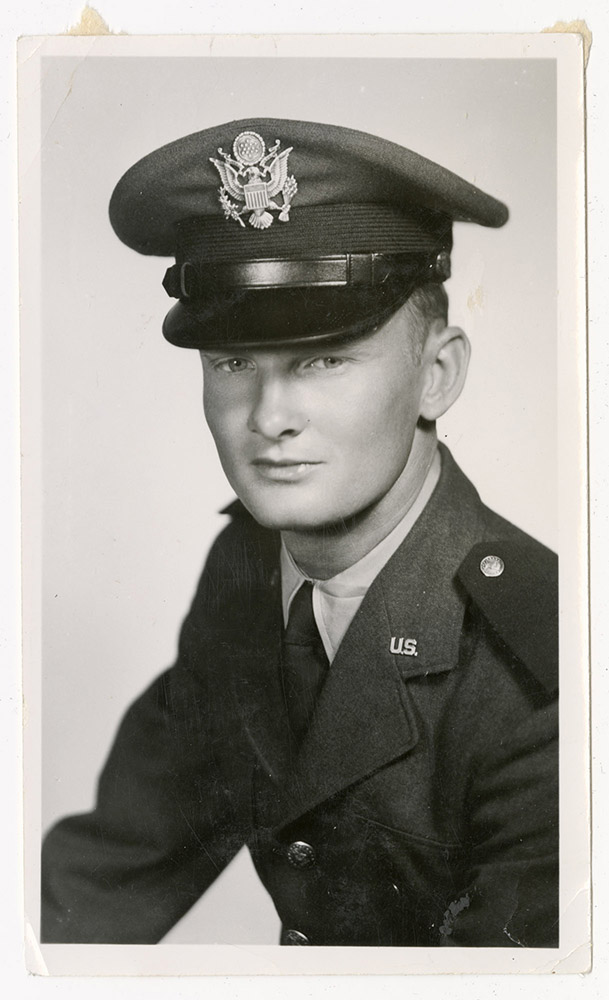 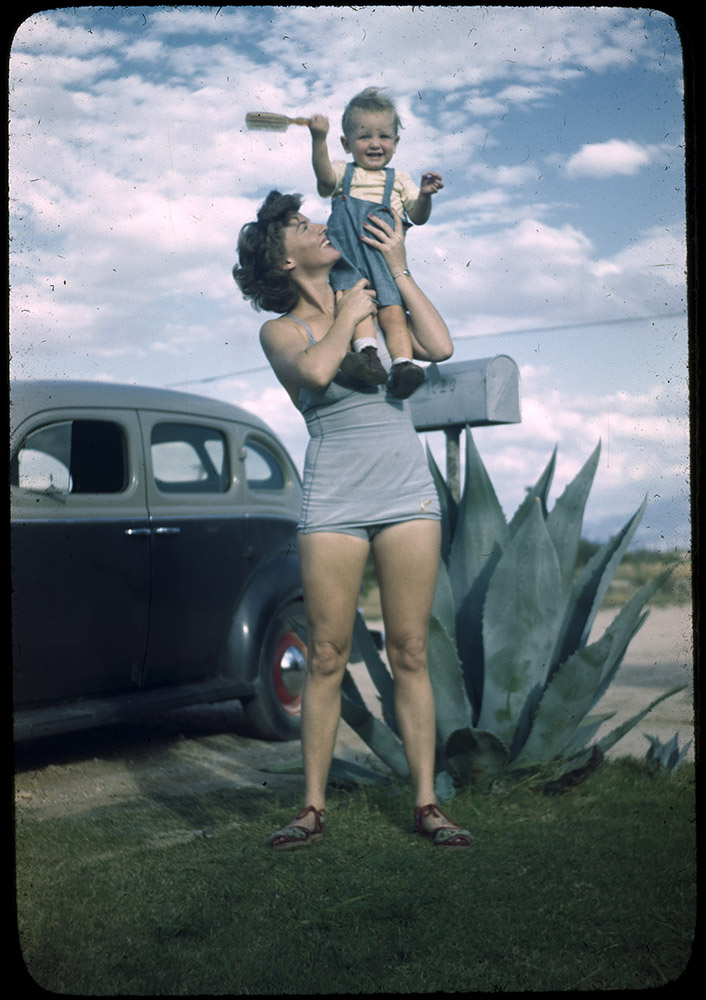 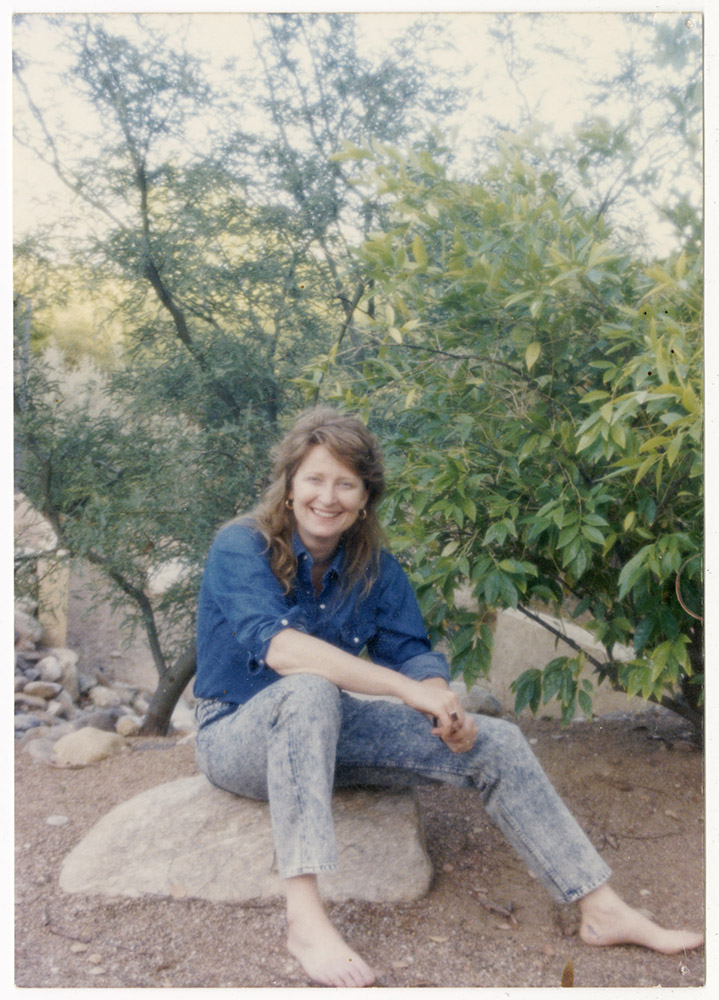 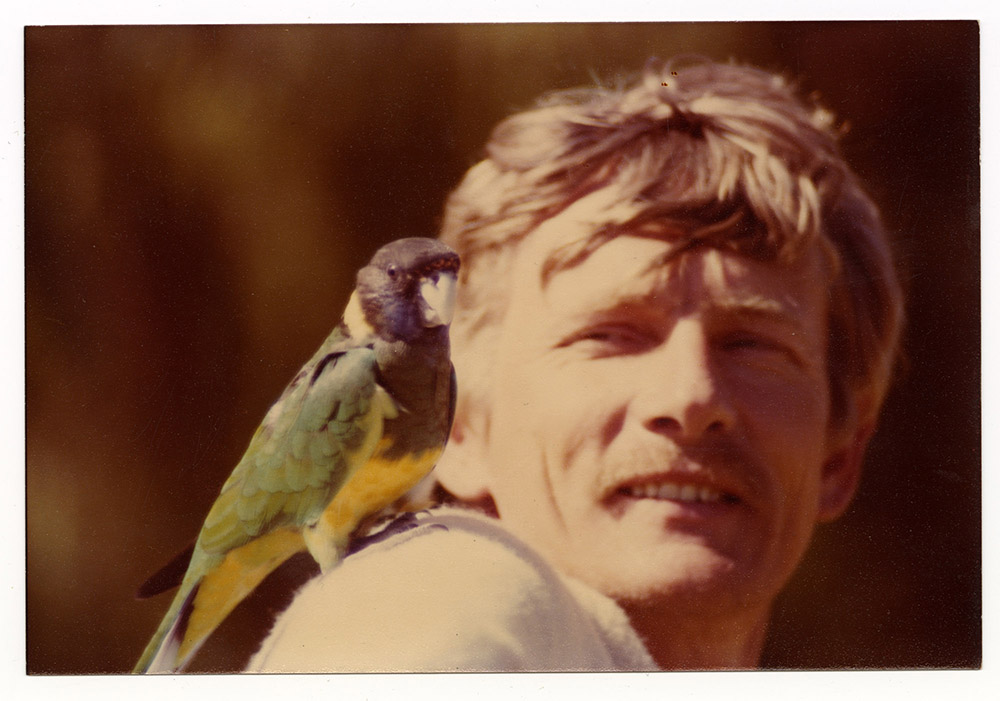 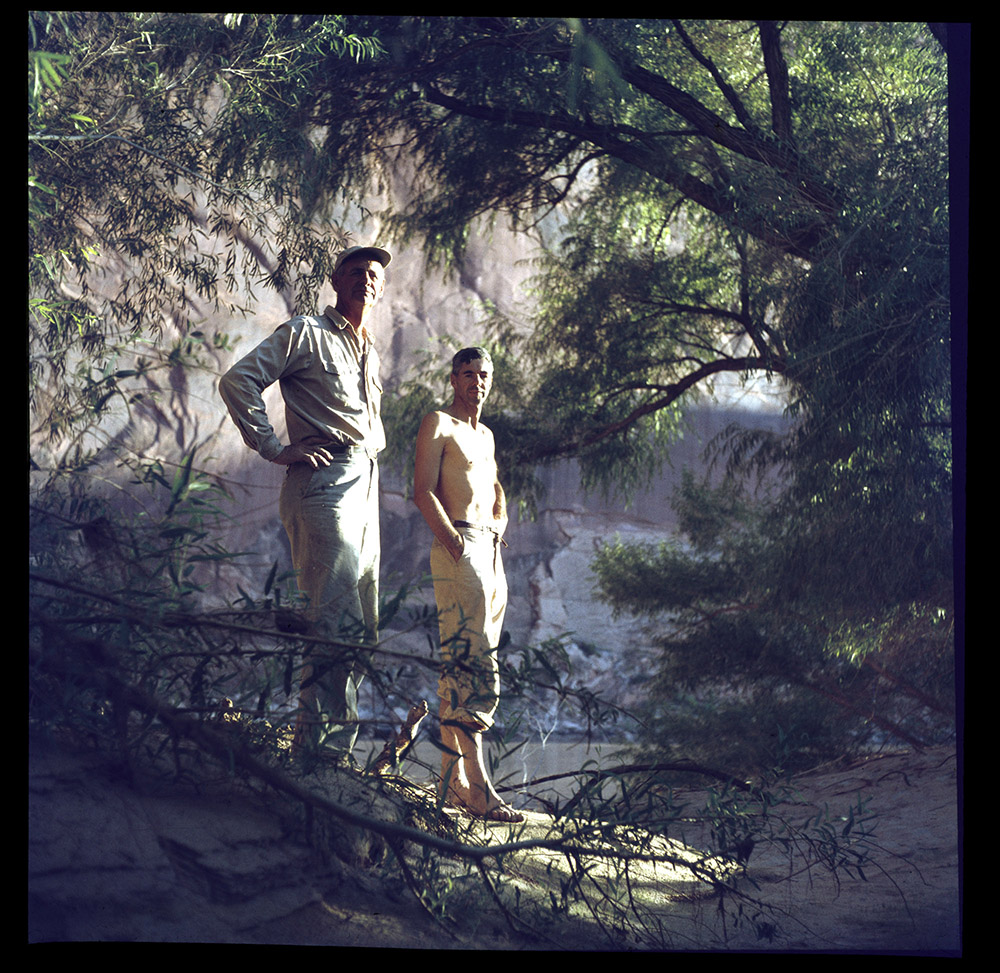 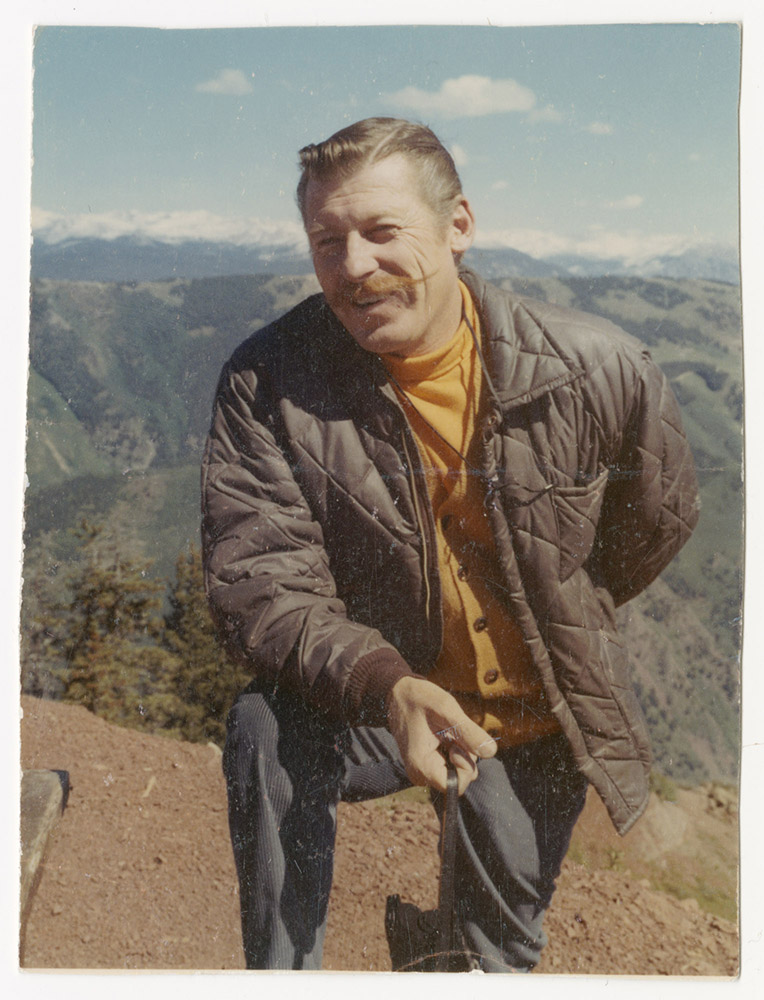 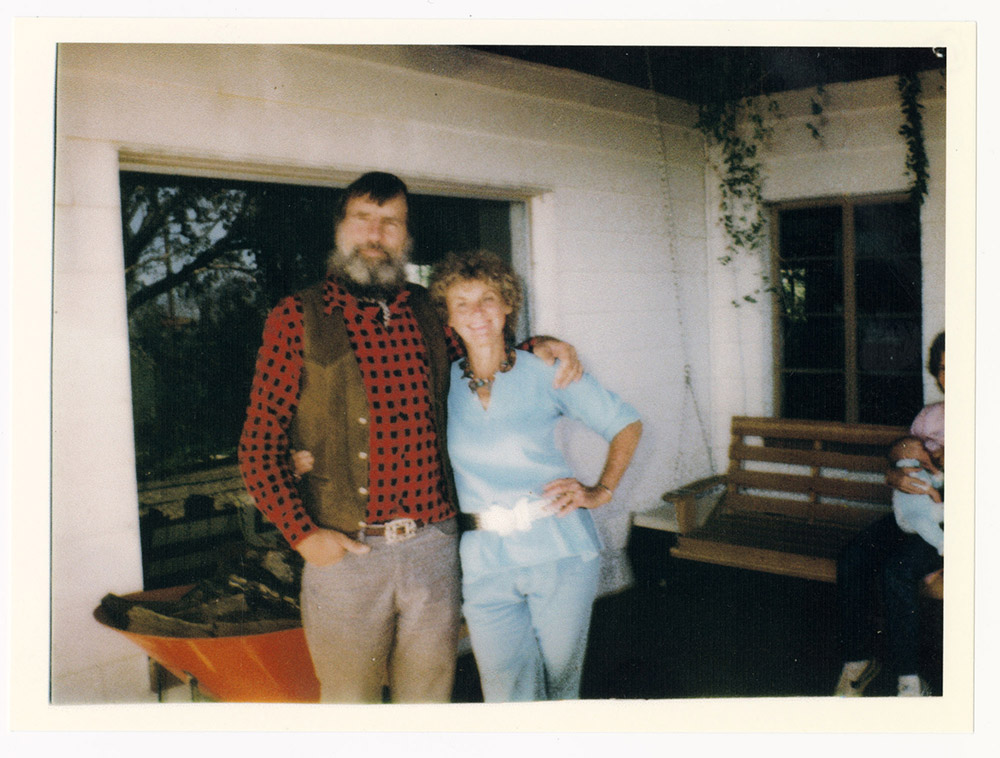 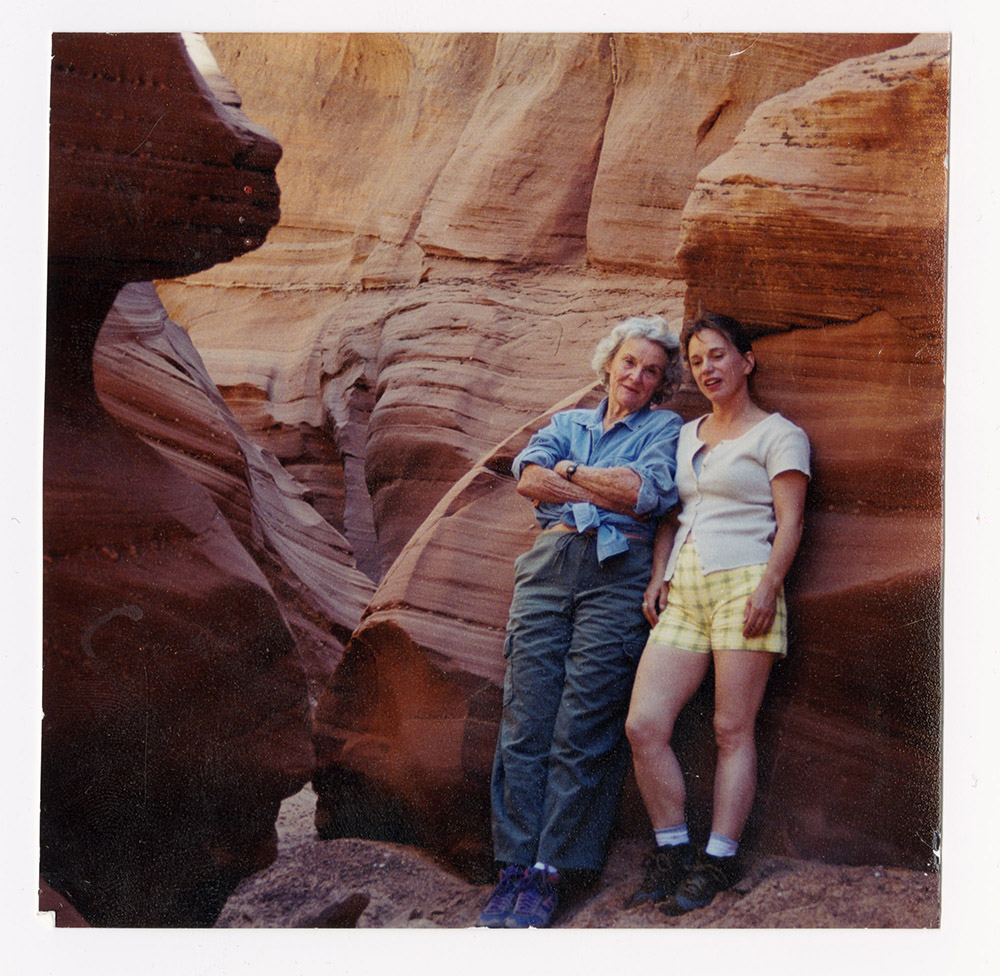 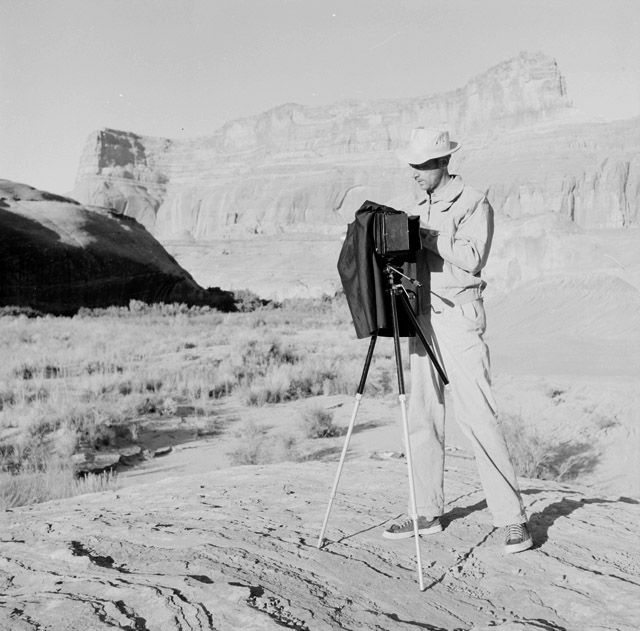 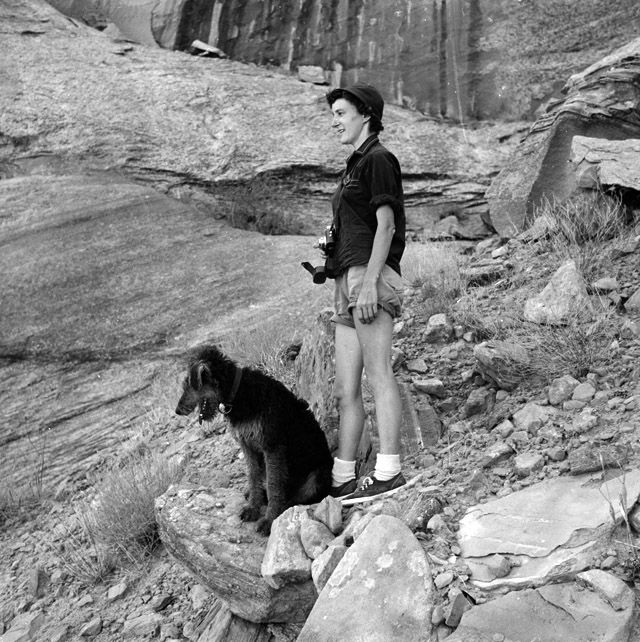 Katie Lee had a close relationship with her father, Zanna Lee, who worked as a contractor. He taught her to shoot and appreciate the outdoors. Lee’s mother, Ruth Lee Vozack, designed houses and carved wooden doors. She encouraged her daughter to be artistic. Lee’s parents divorced when she was 13, but she kept in contact with her father after he remarried. Her parents continued to design and build houses together. The year before she died, Ruth carved a wooden door for Lee’s house in Jerome.

Lee had a younger brother named George, who joined the Air Force. George Lee married shortly before leaving the U.S. for Europe to fight in World War II. In 1950, George died while flying across the English Channel during a military training exercise. His body was never recovered. Lee kept a picture of George in her house in Jerome.

Katie Lee also had a son, Ronald “Ronnie” Eld, by her first husband, Charles Eld. After their divorce in 1945, Lee lost custody of Ronnie. She had minimal contact with her son throughout much of his life. While they did not have a close relationship when Ronnie was growing up, mother and son reconnected later in life, spending holidays together.

Lee’s friends are separated into categories here, but many of them could be placed in more than one category. Lee’s connections to them were as diverse and complex as she was, and she and her friends had many common interests which span these categories.

While growing up in Tucson, Katie Lee had a tight-knit friend group who she retroactively called “The First We Three.” The group consisted of Lee, Tommy Duarte, and Johnny Milner. Together, these three explored Sabino Canyon and the Catalina Mountains. They hunted, hiked, and swam in their high school years. When World War II started, both men enlisted and left Tucson. Lee continued to visit Sabino Canyon during the war while she was attending the University of Arizona. When World War II ended, the group visited Sabino Canyon again, but both the place and the people had changed. The two men started families; Lee left for Hollywood and was swept up in a new life.

It was a few years before Lee formed another friend group as close-knit as the first We Three. The second We Three group consisted of Katie Lee, Tad Nichols, and Frank Wright. Lee met Tad Nichols in Tucson. He famously photographed Glen Canyon and the group’s trips in addition to photographing and filming the Southwest area. Frank Wright was a boatman Lee met while running the Colorado River. We Three traversed Glen Canyon in 1955, 1956, and 1957. They explored, experienced, photographed, and named many of the side canyons. Their names for these canyons often reflected sentiments that these places evoked for them.

“These photographs will leave a lasting impression because Tad didn’t just see the canyon, he felt it deeply and brought it back with him, for us.”

Tad Nichols was the group’s photographer, documenting the canyons, the river, Lee, and Wright as they traveled. Select photos were featured in books he wrote about Glen Canyon. Lee and Wright also photographed the canyon, and their unique perspectives can be seen in the images they created. Lee’s journals also provide detailed accounts of the trips, especially their restorative and inspiring nature. We Three stayed friends until the deaths of Tad Nichols in 2000 and Frank Wright in 2002.

In her lifetime, Lee was married three times, had one long-term partner, and many other relationships. Her first husband, Charles Eld, was the father of her only child. They were married in 1942 and divorced in 1945. In 1958, Lee married Gene Bush. Their marriage also lasted three years before they divorced. Her final husband, Edwin “Brandy” Brandelius Jr., was a retired race car driver with emphysema. As a result of his illness, he spent much of his time in Baja California, Mexico where the two met in 1968. They married in 1969. Lee was widowed when Brandy died on St. Patrick’s Day, 1973.

While Lee never remarried, she met her long-term partner Joey van Leeuwen in 1979 on her world trip. Joey immigrated to the United States in 1980 to live with Katie Lee. They lived together in Jerome, Arizona until Lee’s death in 2017. Their long partnership was full of love, laughter, travel, and friendship. Joey committed suicide one day after Lee’s death rather than live without her. The partners were cremated, and their ashes were spread on the San Juan River by a group of close friends.

During her entertainment career, Lee worked with many famous people with whom she also forged friendships. One of the earliest relationships Lee had in Hollywood was with Burl Ives, who helped her plan a routine to perform at clubs and coffee shops across the country. Ives also encouraged Lee to leave Hollywood and her acting career to pursue a career in folk music.

Both in Hollywood and as a touring singer, Lee worked with musicians, performers, and other celebrities including Josh White, Harry Belafonte, Arlo Guthrie, Cisco Houston, Studs Terkel, and Ramblin’ Jack Elliott. She developed friendships with many of these people that reached beyond their professional relationships.

Katie Lee’s time as a river runner, environmentalist, and advocate led to many close friendships and collaborations. One of her most notable friends from these groups was the author and environmental advocate Edward Abbey. The two exchanged books, spent time together in the wilderness, and talked about their passions: the desert and preserving it. Lee was instrumental in planning and hosting the event “Abbey Speaks” in 2004, which was a memorial and remembrance service for the author. The recordings of this event are available here.

Other advocate and environmentalist friends of Lee’s include David Brower, who founded many environmental organizations including Friends of the Earth and Earth Island Institute in addition to being the first Executive Director of the Sierra Club from 1952-1969, and Dave Foreman, founder of the environmental group Earth First!

The river running community became an important friend group for Lee. She became particularly close with the Colorado River river runners. Included in this friend group are: Jim Rigg, one of the boatmen on Katie’s first river trip in 1953, with whom she had a romantic relationship for a short time; Art Greene, who ran Cliff Dwellers Lodge in Marble Canyon, Arizona and was a river runner and cowboy; Kevin Rime; and Lew Steiger.

Another circle of Lee’s friends were authors. Friends from this category include: Bruce Berger, author and environmentalist; Dick Sprang, a comic artist and writer who worked on DC Comics’ Batman in the mid-20th century and who traveled the Southwest; Otis “Dock” Marston, an author, historian, and river runner whose area of interest was primarily the Colorado River; Brad Dimock, a boat-builder, river runner, and author who published Glen Canyon Betrayed; Charles Bowden; Diane Sward Rapaport; Ellen Meloy; Serena Supplee; and Su Lum.

Lee’s long life is reflected in the number of friends she had. While some of her close friends are mentioned in previous sections (Tad Nichols, Frank Wright, Burl Ives, etc.), this section contains other long-term and close friends.

One of Katie Lee’s closest friends was singer-songwriter Kathleen Williamson, who was also the executor of Lee’s will. Kathleen has been instrumental in helping with this exhibit and in handling Lee’s estate after her death. Katie Lee was a perpetual mentor for Kathleen’s music and performance education as they shared an intimate friendship that spanned almost half a century right up to Katie’s death.

Other of Lee’s notable friends include Rita Plahetka, Beth and George Gage, and M.L. Lincoln.