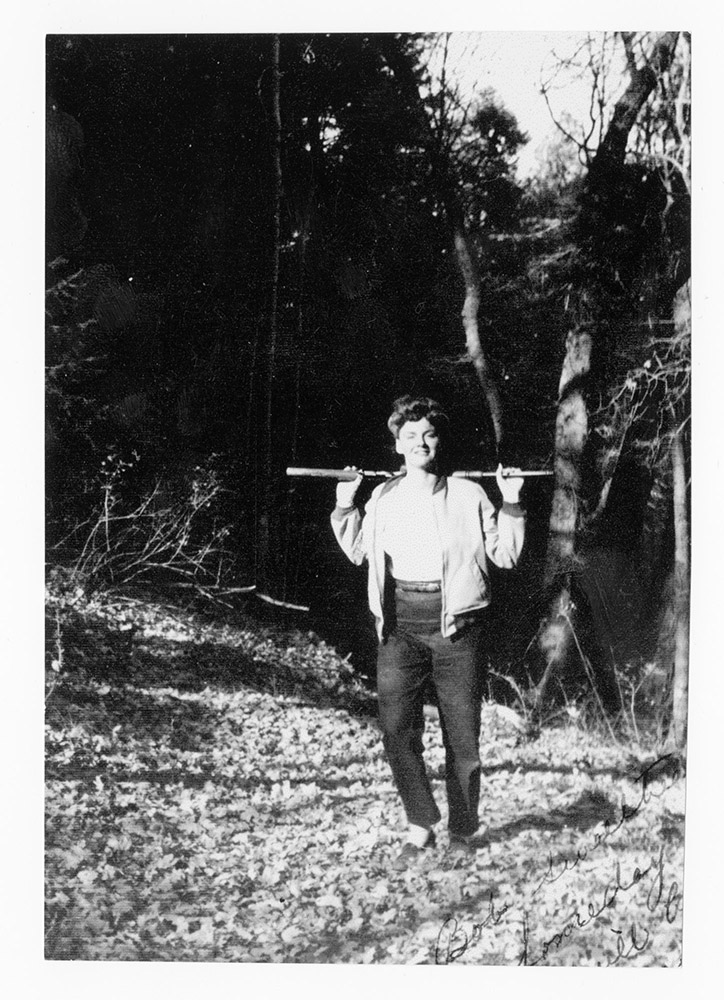 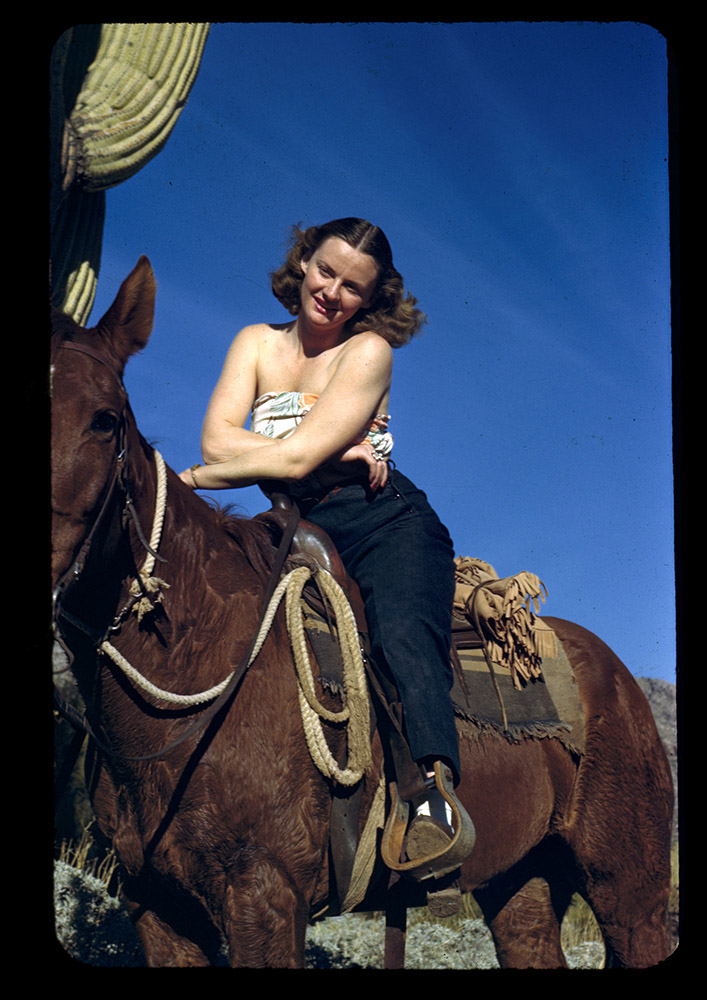 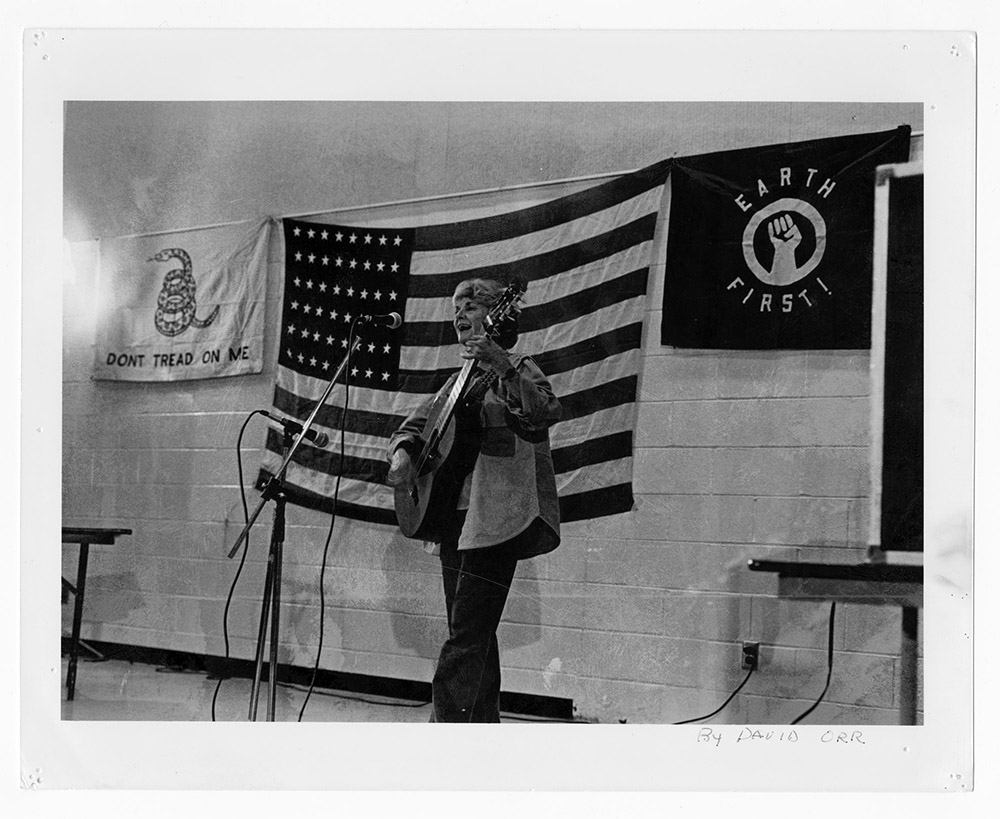 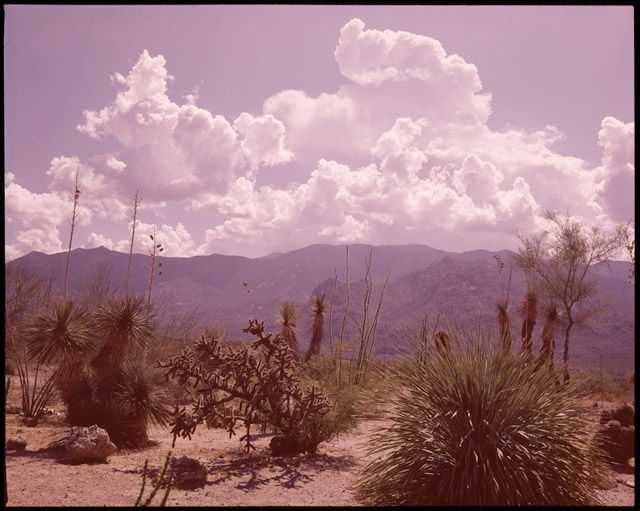 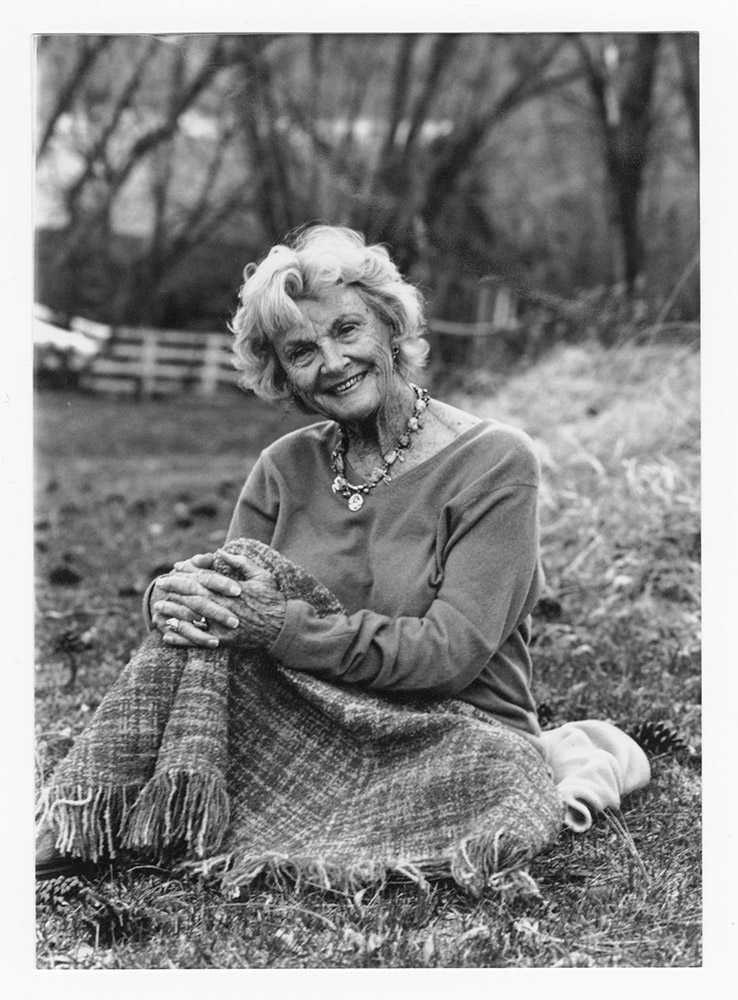 Katie Lee was born Kathryn Louise Lee on October 23, 1919 in Aledo, Illinois. Her family moved to Tucson, Arizona when she was an infant and Lee considered herself to be a native Arizonan. Lee grew up in a house her parents designed and built, taking advantage of the surrounding wilderness. She explored the Catalina Mountains with friends, learned to shoot, and sang. She attributed her singing career and her passion for folk songs to her cowboy friends. Lee graduated from Tucson High School in 1938. In 1943, she graduated from the University of Arizona, where she received a Bachelor of Fine Arts. In 1944, she gave birth to her only child, Ronald “Ronnie” Eld. Lee and her husband, Charles Eld, divorced in 1945. Charles was awarded full custody of Ronnie in 1950.

In 1948, Lee left Tucson for Hollywood, California to become an actress. Once in Hollywood, Katie Lee began acting on radio and television shows, singing, and working as a secretary. While she didn’t become a famous actress, Lee gained some fame across the United States through her music career. She had particular success in Chicago, Illinois, New York City, New York, and her hometown of Tucson, Arizona.

In 1953, Katie Lee ran the Colorado River through the Grand Canyon. This trip was the beginning of a long career of traveling down rivers. While she mostly ran the Colorado River through Grand and Glen Canyons and hiked their related canyons, her fascination with rivers led her to visit and run others during her travels. Lee’s river running trips took place during the height of her entertainment career. Glen Canyon became her sanctuary from the pressures of performing, as well as an inspiration for her music and her life after Hollywood.

After Lee left Hollywood in the late 1950s, and her music tour slowed, she moved less often. Previously, Lee had rented apartments in and around Hollywood, Chicago, and New York, often staying in hotels on shorter tours. In 1958, Lee married her second husband, Gene Bush. Their marriage lasted three years. In 1961, she moved to Aspen, Colorado, where she lived until 1968. During her time in Aspen, Lee wrote ski songs and performed them along with her folk songs. In 1969, Lee returned to Arizona to live in Sedona. She lived here until 1971 when she moved for the last time to Jerome, Arizona.

While Lee was no longer involved in the fast-paced Hollywood culture after the late 1950s, she continued to perform folk songs across the United States for the rest of her life. Her first book, 10,000 Goddam Cattle, documenting the history of the Southwest and the impact of cattle ranching on the environment, was published in 1976. Her other four books, Glen Canyon Betrayed, Sandstone Seduction, The Ballad of Gutless Ditch, and The Ghosts of Dandy Crossing, were published in 2004, 2006, 2010, and 2014, respectively. Lee continued to be involved in advocating against Glen Canyon Dam and became a member of advocacy and environmental groups like Glen Canyon Institute and the Sierra Club. She lived with her partner Joey van Leeuwen, whom she met in 1979, in Jerome until her death.