Growing up in Flagstaff, I’m familiar with much of the neighborhood histories and the built environment of Flagstaff. One of my childhood memories of Flagstaff is going to the grocery store located on the southside of the tracks at the corner of Butler Avenue and San Francisco Street. This grocery store, “La Ciudad de Mexico”, was built in the 1920s and it was “my” neighborhood grocery store. Eventually it became the Southside Market grocery store and then served as the home of several other establishments. The owners at that time I was growing up were Mary and Jose Cisterna. Mary was the daughter of Salvador Mier, the original owner of the store when it La Ciudad de Mexico. 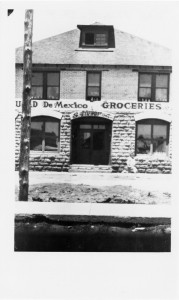 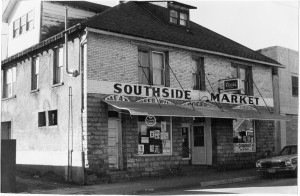 Mary’s father, Salvador Mier, was born in 1883 in northern Spain and at the age of 12 he and a brother immigrated to Juarez, Mexico, escaping the impoverished conditions of Spain. At the age of 19, he entered the United States, where he first settled in San Francisco, California and then moved to Arizona. 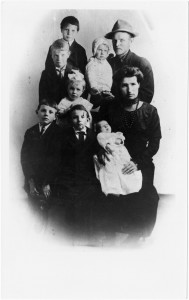 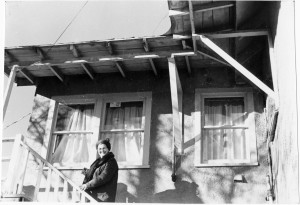 Salvador returned to Spain after marrying his first wife, Esperanza. After several set backs, he eventually he returned to Arizona and settled in Flagstaff, where he rented his first grocery store, “Eagle Store”, on Railroad Avenue (Santa Fe Street) in partnership with Firmin Cajias. Later he opened a second grocery store at 201 S. San Francisco Street. As his family and business grew, he found it necessary to build the two-story structure at 217 S. San Francisco Street, which became La Ciudad de Mexico. The building plans were for the first floor to be the general grocery store and their residence on the second floor. Mr. Mier and two local carpenters, Bruno Vasquez and Trinidad Juarez, and a local stonecutter were the labor of this old establishment.

The two-story building standing at 217 S. San Francisco Street today, that was formerly La Ciudad de Mexico and the Southside Grocery, has seen several other businesses come and go. The two most recent businesses that rented the space were the Dragon’s Plunder (1987-2006) and the AZ Bikes (2012-2014). Although the businesses using the building may come and go, much of the original character and charm of the original building remains today. 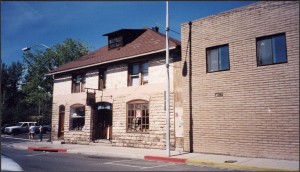