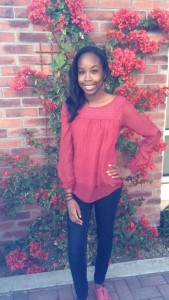 Earlier this year, Special Collections and Archives was contacted by a University of Arizona student, Ms. Heidi Charles, who offered to assist the department prepare for its upcoming Elizabeth M and PT Reilly internship this summer. Ms. Charles volunteered at least 20 hours a week for nearly three months. During this time she researched the Fred Harvey Company, selected material from the collection to digitized, and then described that material so researchers can discover the treasure trove of Fred Harvey material at Special Collections and Archives. In total, Heidi selected, digitized, and described nearly 250 items from the Fred Harvey Collection. That’s an enormous amount of material to digitize in a relatively short period of time, and we’re so pleased with the remarkable work she did for us.

Heidi is now studying abroad at Waseda University in Tokyo, Japan, but we asked her a few questions about her experience working in Special Collections and Archives and with the Fred Harvey Collection. Here’s what she had to say:

What collection did you work with and what did you do?
I worked with the Fred Harvey collection and selected items to digitize to upload to the NAU special collections and archives site online. I digitized both photos and manuscript items such as menus and other Fred Harvey publications. 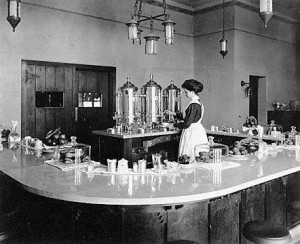 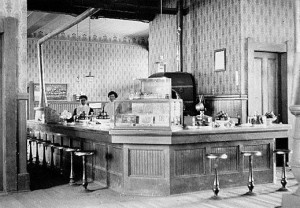 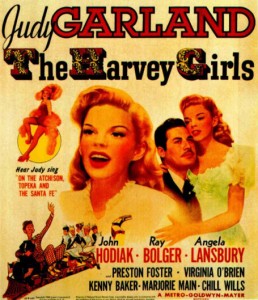 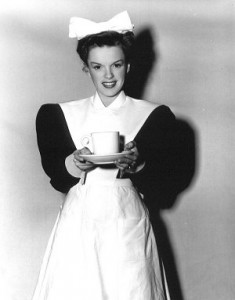 Judy Garland as a Harvey Girl in the 1946 MGM movie The Harvey Girls. (Image courtesy of the MGM photo files)

You’re at Waseda University studying abroad, what are you future plans?
I study History and Political Science at UA, and I hope to go into Library Science or Museum Studies (or both), when I go to Graduate School. Currently, I am attending Waseda University in Tokyo, Japan for a semester and I will be taking Political Science classes as well as a Japanese language class.

Anything else you would like to add?
I had such an amazing time with special collections and archives at the NAU cline library. It was a great learning opportunity for me, and it has definitely made me more interested in pursuing Library Science in the future. [yay!]

On behalf of all of us at Special Collections and Archives, we would like to thank Heidi for the amazing work she did in a very short period of time. We wish her the best of luck while studying aboard and hope to see her at our Fred Harvey exhibit opening this coming October 16, 2015.

To see the material Heidi digitized as well as other Fred Harvey material, click on this link.