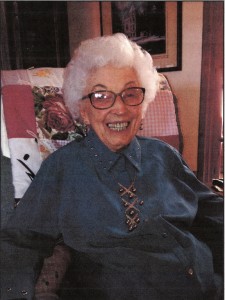 SCA is highlighting a very special graduate of NAU. Jerry (Geraldine) Johnson Emmett was born in 1914 and graduated from Arizona State Teacher’s College (NAU) with a teaching degree in 1937. Jerry met her husband Cecil Emmett while attending ASTC. Cecil went on to a career in coaching in Phoenix and unfortunately passed away in 1962. 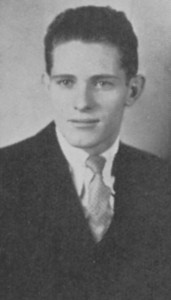 When you stop to think about it, during Jerry’s lifetime, NAU has gone through some significant changes. The campus grew from 26 buildings in 1934, when Jerry first came to ASTC, to over 100 buildings today. Enrollment grew from 470 students in 1934 to 26,606 in 2014, and NAU has had 8 presidents since Jerry’s graduation, including President Walkup who served for over 27 years. Most of all, NAU is widely recognized as the preeminent institution of higher education in the state of Arizona- well, at least in northern Arizona. 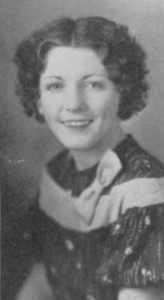 Jerry taught for many years in a variety of locations in the state including: the Navajo Reservation, Seligman, Tombstone, Scottsdale and Phoenix. Jerry’s teaching career extended over a period of 45 years. Today, Jerry lives in Prescott- where family is her priority and involvement with the Democratic Party remains her passion.

The following excerpts are from a 2014 interview with Jerry which will soon become part of Special Collections and Archives digital archives (http://archive.library.nau.edu):
Interviewer- “So what was the social life like [at ASTC] at that time?”
Jerry-“Everybody was on the same page. We all understood each other because we were all so lucky to get to go to college. Nobody thought they would ever- you know in those days, it was so bad. All the banks had closed. People don’t have any idea what a great depression was…”

“And we all got together…We went down [to ASU] and beat the hell out of Tempe- every whipstitch. They stole our Ax, we caught ‘em and took it back and painted their heads green… made ‘em sing the school song, fed ‘em a good dinner, put ‘em on the train and sent ‘em back to Tempe. Blew up their A on A mountain. Went down and lit their bonfire for their homecoming two days early… … Oh they were furious with us. But they had our axe and we got it back.”

To hear more of Jerry’s interview and experiences from her 2009 oral history interview, it can be accessed via the following link:
http://archive.library.nau.edu/cdm/singleitem/collection/cpa/id/103589/rec/1

For more alumni images from La Cuesta (the yearbook) and to view and listen to oral histories from the Lumberjack Timbres Collection, which highlights NAU alumni – please visit our website at:
http://archive.library.nau.edu/cdm/