It is with sadness that we announce the passing of John Running, who died in the early morning hours of Sunday, January 7. John was an internationally-renowned commercial photographer in Flagstaff for several decades; along with his partner Sue Bennett, they helped to develop the local photography community, mentoring many individuals who would also go on to find success as professional photographers. Running was an alum of NAU, having graduated in 1969 with a degree in anthropology. Special Collections and Archives (SCA) began working with Running while creating the 2012 exhibit focused on the Flagstaff All-Indian Pow Wow, where his loaned images featured prominently. But it wasn’t until the following year, when Running expressed interest in donating his life’s work to SCA, that his relationship with Cline Library really grew. In Spring 2014, both his and Sue Bennett’s collections were donated, and an exhibit of his life and work installed in September of that year. Over the past few years, John became much more than a donor; he was an advocate; a collaborator; a mentor; and a friend. His voice was integral to our interpretation of Sue Bennett when creating her exhibit in 2017. He is very much missed by his friends, family, and all of us here at Cline Library. In addition to his exhibit, more can be learned about John Running by reviewing his finding guide and a selection of his images in the digital archives. 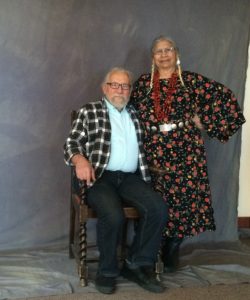