…..Perhaps it happened because we began the planning conversation around our current exhibit “Fred Harvey: Branding the Southwest” at Mother Road Brewery. Maybe it was because Michael Marquess of Mother Road Brewery likes using the old historic images from our Digital Archives for some of his beer labels. Or, it could have been because of the W. Dean Fausett paintings in our Fred Harvey Collection- the Seven Stages of Drunkenness. Who knows? 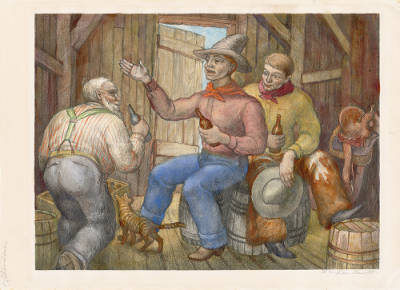 The results however will be revealed formally on May 6th at Mother Road Brewery when Michael reveals the “Seven Stages” beer, in a special 7-pack box during the May First Friday Art Walk from 6-9. Each 7 pack will include 16 oz. cans with all seven individual images of W. Dean Fausett’s Seven Stages of Drunkeness. 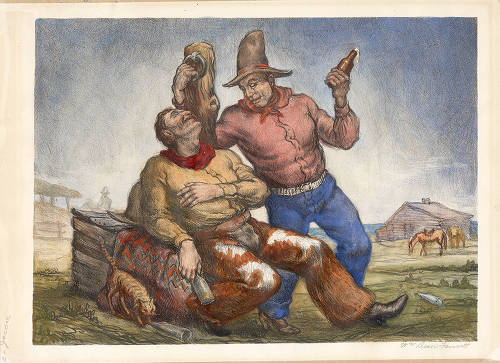 The story of the exhibit, and the beer is long and tangled, but it goes something like this:

We had gone to Mother Road on that fateful day back in the Fall of 2014 to talk with a former archives compatriot about how we might be able to weave our various Grand Canyon and river-runner collections to tell a story based on the linear geography of the Grand Canyon and the Colorado River into an exhibit for 2015-16. Maybe it was because only one member of our party had beer, but the idea didn’t gel and that particular exhibit concept simply failed to come into being. 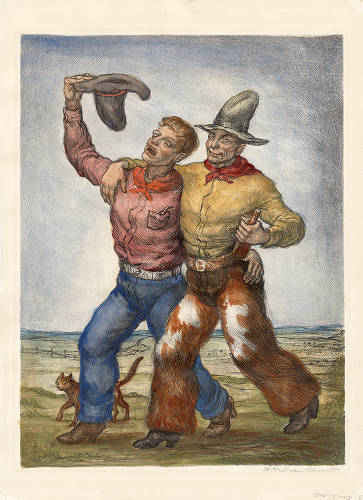 Later, in looking at use statistics, we discovered our most requested manuscript collection was our MS 280- the Fred Harvey Collection. The collection had more than 300 pulls over the last 8 years, and some was for a notable author who wrote a NYT bestseller on the Harvey Company. The exhibit was born! 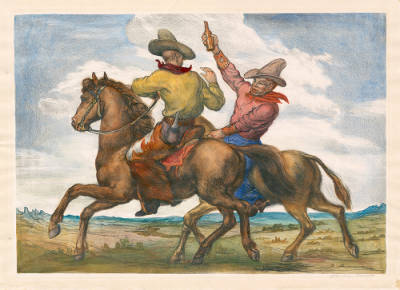 This lead us into a period of rediscovery- experiencing almost like for the first time all the great stuff in the collection: menus (with great imagery) from Harvey establishments from Ohio to Hawaii; scripts from the 1947 Harvey Girls movie; recipes; promotional material; visitor registers from the El Tovar (which included inscriptions from Zane and Dolly Gray), and those great Fausett paintings which had been commissioned by Mary Colter (in her role as architect/interior designer for the Fred  Harvey Company) for the bar in the El Tovar at Grand Canyon. We began sharing these discoveries with users, donors, and people interested in how the exhibit might look. Mr. Marquess had come by for a tour and we popped open the box with the paintings and the beer idea was hatched. 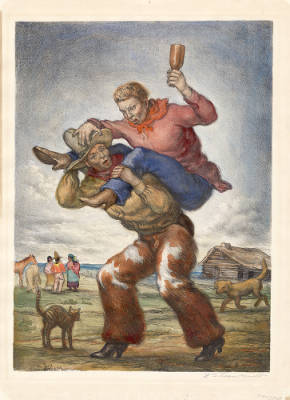 Mr. Marquess chose the beer that he was going to brew (in a 900 gallon batch), and the labelling and packaging ideas began to flow. Along the way, another Fred Harvey exhibit partner: Grand Canyon Lodges got involved giving the beer not only a sense of history- but also a place to be sold. The beer is now ultimately meant to be made available via the restaurants, bars and gift shops at the Canyon. The different parties (now including NAU, Grand Canyon Lodges and the Mother Road Brewery) managed through the execution of their own unique needs and wants, to extend the beers’ schedule, but it will arrive just in time for Summer! Along the way, a lot of great detail was brought to the final product: the beer itself, the name of the beer, the wonderful label design and the great box design. Even better, part of the proceeds from the sale of the beer will flow back to the archives to support our collections and operations. 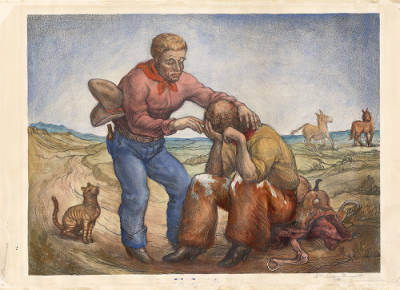 So, look for a return of Fred Harvey-iana to Mother Road Brewery on May 6, check out Archive Ale, and if you haven’t yet visited to exhibit, plan to stop in. The exhibit will be up through August. Meanwhile-follow this blog for developing news of our next exhibit! 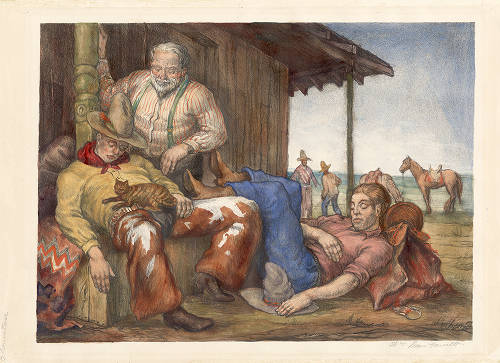