It is the anniversary of Srebrenica, the massacre of a people and a culture. The wars in Bosnia destroyed families, homes, cities and factions made a point to destroy their “enemies” museums and libraries. It wasn’t just an annihilation of a people but their writings their histories and their culture. This is not the first time this has happened, World War II took a people then their homes, their goods, it took Countries and their art and sculptures and writings. It was a mass theft to be used by individuals and by a massive planned museum in Germany. Many pieces of art were destroyed or lost. All would have been when Hitler died because of an edict he wrote stating that all stolen art would be torched upon his death. If it were not for a few, the Louvre would not be as it is now, many churches and museum’s would be bereft of irreplaceable pieces.

Writings, documents, letters, art, sculpture, are not very exciting to many, but they show where we have come from, display our past in riots of color, softness and sheen of marble, crinkle of paper that displays words of those gone, but not to be forgotten.

They show us the thoughts of Lincoln, of Harriet Tubman, the humor of Twain, the courage of Douglas, of Grant, of Washington, Lafayette, of Mandela and Gandhii. The display the craft and genius of da Vinci, Rembrandt, Michelangelo, Picasso, The insane and glorious madness of Van Gogh, and Dali. This is what exists today but so ealily could have been destroyed.

Buddhist statues were blown up in Afghanistan as they did not fit with the regimes beliefs. Currently irreplaceable pieces of the past are lost to war and whoever gets to the town first, if it doesn’t fit they take a hammer or explosive to it. Ruins that show us the past, give us questions and answers give us wonder and joy are gone because they came under the wrong occupation. 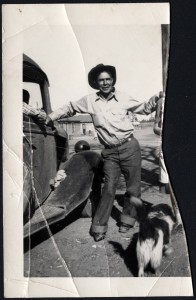 Locally we have the same issue. Carlos Trujillo born on January 19, 1906, resided on the south side of Flagstaff during the 1930s with his wife. Carlos eventually moved to Tourist Home on South San Francisco Street in Flagstaff. His collection of information concerning his employment as a laborer and as a member of a workers’ union in Flagstaff along with pay stubs, documentation, war rations, receipts, correspondence and some religious mementos along with 44 photographs were found in the trash, rescued and brought to Cline Library Special Collections. Mr. Trujillo’s documents and photograph provide a picture of life in Flagstaff in the early part of the 1900s. It provides information of a life lived here, working conditions finances a man’s life with his family in Flagstaff almost lost to a landfill. 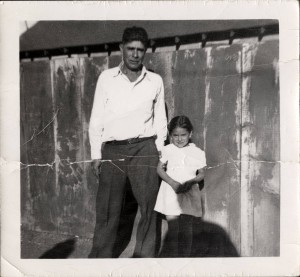 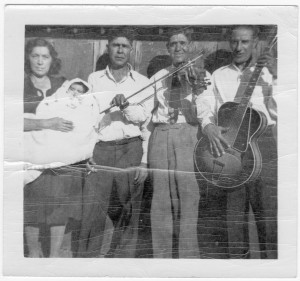 Preservation and archivists are not very exciting and are considered old dusty people with old dusty things. They are not, they are young and old, short and tall, funny and irreverent, some even have tattoos and piercings, they all share something, a love of the past, and the knowledge that bringing it into the present, entices us with those who seek answers. History gives us a look into other lives, other times other realities that often so match our own, It is exciting and heartbreaking and joyful. So when you hear of an artifact, a geological dig, a painting, a manuscript a family’s history destroyed, think about it, what was lost? Not just a thing but the thoughts, the dreams, the realities of the people attached to it, and that loss can never be retrieved.

To learn more about Carlos Trujillo, please view the finding aid to his collection and see additional images from his collection on our digital archives.